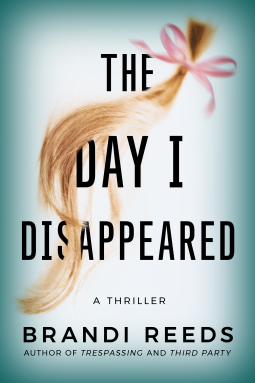 Three months after four-year-old Holly Gebhardt was kidnapped, she was inexplicably returned to the same park from which she’d vanished…with no memory of the ordeal. Though a local handyman was convicted, suspicion also fell on his friend—Holly’s mother, Cecily. The troubling doubts about her involvement shattered the family, forever driving a wedge between mother and daughter.

Twenty years later, another girl goes missing under eerily similar circumstances. It’s just the latest in a series of kidnappings that Detective Jason Guidry thinks Holly can help solve. Though Holly has tried to move on with her life, a young girl’s life hangs in the balance. All she has to do is try to remember…

With her memory still mostly blank, Holly is missing vital pieces of the puzzle, and she believes her mother can put them in place. In desperation and fear, Holly and her mother come together again. But in a chilling rush toward the past, Cecily still has secrets she’s yet to share with her daughter. Should she dare to breathe a word, she could lose Holly all over again.

My thoughts on The Day I Disappeared…

When four-year-old Holly disappears from a local park, her family are frantic. When she reappears, in that same park, three months later, all they want to do is move on from what they thought would be a tragic ending. For Holly, that should be easy – she’s young, and she doesn’t remember a thing about her ordeal.  For her mom, dad, and close friends, however, moving on is harder. Each is holding onto secrets about the day Holly went missing, secrets that could blow their families apart.

Fast forward twenty years later and Holly is a not-so-well-adjusted young woman haunted by the fact she can’t remember such an important time in her life. She’s convinced if she did, she might get on better with her mom (currently in hospital after a near-fatal car crash) and have made of her life. She might also not be feeling quite so distance from her best friend, who’s about to get married. Instead, flashes from her past keep her tied to it.

This gets worse when the FBI contact her to say another young girl has gone missing. She looks just like Holly did when she was a child.  And now, it seems, they might not be the only girls to have been taken. There are others, which throws the little Holly does know into question. Determined the next twenty years of her life won’t be like the last, Holly decides to start looking for answers, not avoiding them. Of course, when she does, all those secrets people were trying to hard start to be revealed.

I do love a book with secrets. There is nothing better than not quite knowing what is going on in a book, of being desperate to work things out before it’s all revealed. And it’s the secrets that make this book so good. There are plenty of them, and most are red herrings – you just don’t know that for most of the book.  Brandi Reed does a great job of keeping you on tenterhooks at the same time as not letting it go so far that it all becomes just a bit silly – a common feature of these type of psychological thrillers.

And while the plot is familiar in some ways, it’s different enough that that familiarity is comforting, not boring. Mainly this is with the characters – a young woman with demons and a handsome but possibly untrustworthy boyfriend (or two). Each is well-drawn, however, and compelling. I didn’t want any of the boyfriends to be the bad guy, yet I did love the fact that each was on my ‘hit list’ at some point.  It made for a fun and interesting read. And it’s why I’d recommend this book – it’s well worth a read!