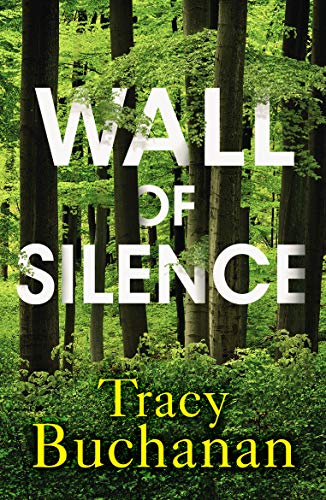 Her children have a deadly secret. Can she uncover it before the police do?

Melissa Byatt’s life in Forest Grove seems as perfect as can be: a doting husband, three loving children and a beautiful house in a close-knit community. But appearances can be deceiving.

One evening, Melissa arrives home to the unimaginable: her husband lies stabbed on the kitchen floor, their children standing calmly around him…With horror, she realises that one of them is to blame. But which one? And why would they attack their own father?

Her loyalties torn, in a split second she decides to protect her children at all costs—even if that means lying to the police. But when someone in the neighbourhood claims to know more than they should, Melissa discovers that some secrets are beyond her control…

Can she find out the truth of what happened before the rumours spread? And can the family unite to escape the spotlight of scandal—or are none of them as innocent as Melissa insists?

My thoughts on Wall of Silence

When I read a book by an author I’ve not heard of before, only to discover they’ve published more than one novel, I always feel a little ashamed – especially if I then enjoy the one I’ve picked up.  This is definitely the case here.  I’m not sure why I’ve not come across her before, but I do know I’ll be checking out her back catalogue!

Why? Because Wall of Silence was a great read.  It started with a shocking opening – a wife (Melissa) comes home to find her husband lying in a pool of blood.  Her children stand around him; they haven’t called for help. It could be shock, but something tells Melissa that it’s more than that.  Something tells her, her children know more than they’re letting on.

Rather than tell the police her suspicions (and I do wonder how many mothers would), she decides to try and work out what has happened herself. In the process, she begins to pick apart what she thought of as her perfect family and perfect community. There are secrets, it seems, everywhere she turns – and some of those are deadly.

It’s the secrets that got me.  Yes, I saw some of them coming (there are so many, it would be hard not to work some of them out) but others, when the penny dropped, left me open-mouthed.  There were some clever twists and turns in Wall of Silence that I just loved (and I’ll leave it at that for the sake of avoiding spoilers).

And, while I didn’t love Melissa, I did like her and her kids (especially her kids). I wanted it to work out well for her. Whether it did or not, is for you to find out – I hope you do, as this book is well worth a read!

One thought on “Wall of Silence by Tracy Buchanan #bookreview”