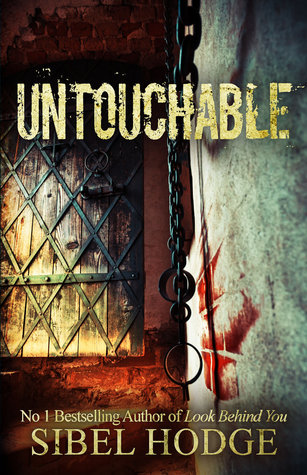 When Maya gets home from work on the night of her and her boyfriend Jamie’s second anniversary, she is almost bouncing off the walls, convinced that this is the night he’ll pop the question.  Why else would he tell her he had a surprise for her before he left for work that morning? So, why hasn’t he come home?

As the hours tick by, dinner sitting ruined in the oven, Maya becomes increasingly anxious until her worst fears come true with the knock on a door by a police officer.  Jamie is dead, taking his own life.

No matter how hard she tries and how often her friends and family tell her she has to accept Jamie’s suicide, Maya just can’t bring herself to believe he would kill himself.  He had too much to live for. They were happy.  Then, things start to happen that just aren’t quite right.  Maya comes home to the smell of cigarette smoke, finds books on the bookshelf moved and then a friend of Jamie’s gives her a diary Jamie had told him to pass on if anything happened to him and turns everything Maya thought was true about the man she loved on its head.

This is one of those stories – as you can probably tell – that is full of twists and turns, one where you spend most of your time wondering just where the truth lies – in Jamie’s diaries or with Maya’s sister who worries Maya is losing her mind.  It makes for a tense and fast paced read, one that is ripped from the headlines when the subject of child sex abuse cases comes up (meaning the books comes with a bit of a warning – there aren’t any graphic scenes but there were some which made me feel uncomfortable).

I really enjoyed reading it, though I found Maya one of those characters that I just couldn’t warm to no matter how much I tried, and I found it a little too long for my tastes.  There were a couple of points I thought would make a great cliff-hanger ending, leaving me wanting more, rather than having to tie everything up nicely at the end.  But these are minor niggles and more personal preferences than anything else (I’ve said it before, but I really am not a fan of epilogues and chapters that let me know just how everything has worked out) and wouldn’t stop me recommending the book.  A good, solid, enjoyable read.

It’s Maya and Jamie’s anniversary, and she waits with excitement for him to return home for a celebratory dinner. There’s a knock at the door. It’s the police. Jamie has been found hanging in a local wood.

His death is ruled a suicide, but Maya doesn’t believe Jamie would take his own life. Something isn’t right. Someone has broken into her house. Someone is watching her. And someone has gone to great lengths to cover up what Jamie was doing before he died.

Maya’s grief turns to suspicion, and as she begins to investigate the weeks leading up to Jamie’s death, her trail leads her to a place known as “The Big House” and the horrific secrets within. Secrets people will stop at nothing to keep hidden. People linked to the heart of the Establishment who think they’re untouchable.

Now Maya has a dangerous decision to make. How far is she prepared to go to reveal the truth?

4 thoughts on “Untouchable by Sibel Hodge”