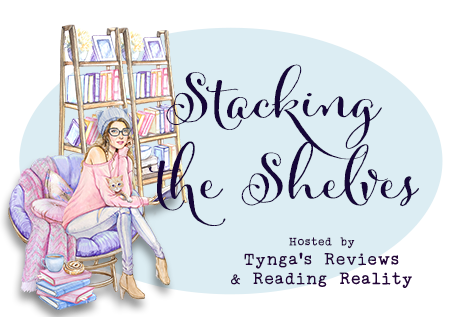 Once again, I’m joining in with Tynga at Tynga’s Reviews and Marlene of Reading Reality for Stacking Shelves, where you share the real and virtual books you have added to your shelves in the last week.

Despite my looking to read more physical books at the moment, this week, every book I got was an ebook (it figures!) – but they all looked so good, I just couldn’t resist…

First up is The Last of the Greenwoods by Clare Morrall…

In a field outside Bromsgrove, two elderly brothers live in adjoining railway carriages. No one visits and they never speak to each other. Until the day Zohra Dasgupta, a young postwoman, delivers an extraordinary letter – from a woman claiming to be the sister they thought had been murdered fifty years earlier.

So begins an intriguing tale: is this woman an impostor? If she’s not, what did happen all those years ago? And why are the brothers such recluses? Then there’s Zohra. Once a bright, outgoing teenager, the only friend she will see from her schooldays is laidback Crispin, who has roped her in to the restoration of an old railway line on his father’s land. For which, as it happens, they need some carriages . . .

Next up is Let Me Lie by Clare Mackintosh, whose last two books I’ve really enjoyed.

The police say it was suicide.
Anna says it was murder.
They’re both wrong.

One year ago, Caroline Johnson chose to end her life brutally: a shocking suicide planned to match that of her husband just months before. Their daughter, Anna, has struggled to come to terms with their loss ever since.  Now with a young baby of her own, Anna misses her mother more than ever and starts to ask questions about her parents’ deaths. But by digging up the past, is she putting her future in danger? Sometimes it’s safer to let things lie . . .

My third book this week is Silent Victim by Caroline Mitchell, which I keep wanting to call Silent Witness after the TV show so not the best start here.

Emma’s darkest secrets are buried in the past. But the truth can’t stay hidden for long.

Emma is a loving wife, a devoted mother…and an involuntary killer. For years she’s been hiding the dead body of the teacher who seduced her as a teen.

It’s a secret that might have stayed buried if only her life had been less perfect. A promotion for Emma’s husband, Alex, means they can finally move to a bigger home with their young son. But with a buyer lined up for their old house, Emma can’t leave without destroying every last trace of her final revenge…

Returning to the shallow grave in the garden, she finds it empty. The body is gone.

Panicked, Emma confesses to her husband. But this is only the beginning. Soon, Alex will discover things about her he’ll wish he’d learned sooner. And others he’ll long to forget.

And that’s it for me this week.  What about you?  What have you added to the shelves, virtual and otherwise?