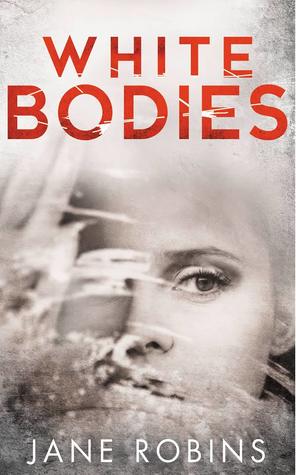 When Callie gets invited to her sister Tilda’s flat to watch a movie, it turns out it’s also to meet Tilda’s new boyfriend – Felix.  He is handsome, charming, successful, and a little bit odd.

For Felix, control, order and structure are everything it seems – so much so he redecorates Tilda’s apartment so that it is all white walls and clean lines.

Suddenly, Callie’s chaotic, brightly coloured and oh so much alive sister, seems to be disappearing.  And Callie is worried, especially when she sees bruises on Tilda’s arms and can’t get her sister to talk to her.

Convinced Felix is bad for Tilda, Callie starts digging, into his past and his personality and alienating the couple as a result.  Thankfully, Callie has her online friends to help her though.  That is if they are friends and if none of what she is seeing doesn’t have a perfectly reasonable explanation.

In the “is Tilda in danger or isn’t she?” way, White Bodies is really clever, keeping me questioning pretty much through to the end thanks to Callie being an incredibly unreliable and off the wall narrator.  I honestly wasn’t sure where the truth lay or whether I was rooting for Callie or wanted her to leave Tilda alone and go sit in a dark room till she calmed down.

In other ways, though, this book felt like a bit of a let down for me.  In part, because of the same reason I liked it – Callie.  I love unreliable narrators but I didn’t love her.  After a while, her behaviour (which was rather odd) grated on me a bit.  I could have done with a second voice to cut through but this book is written from her point of view and everyone else is just seen through her eyes.

The other problem is the twist at the end.  I saw it coming, though I had convinced myself I was wrong because it started to feel a bit too obvious.  Whilst I read a lot of this genre and am often not surprised, here I think I had decided to expect more so felt disappointed – making it my own fault, I know but there you go – a reader’s mind is a strange thing sometimes.

So, very much like The Marriage Pact earlier this week, I am left in two minds about how I felt about the book.  I enjoyed it, definitely, but I didn’t love it as much as I thought I might in those first few chapters and was left feeling a little wanting and a little frustrated.  Have you read this one – what did you think?

Felix and Tilda seem like the perfect couple: young and in love, a financier and a beautiful up-and-coming starlet. But behind their flawless façade, not everything is as it seems.

Callie, Tilda’s unassuming twin, has watched her sister visibly shrink under Felix’s domineering love. She has looked on silently as Tilda stopped working, nearly stopped eating, and turned into a neat freak, with mugs wrapped in Saran Wrap and suspicious syringes hidden in the bathroom trash. She knows about Felix’s uncontrollable rages, and has seen the bruises on the white skin of her sister’s arms.

Worried about the psychological hold that Felix seems to have over Tilda, Callie joins an internet support group for victims of abuse and their friends. However, things spiral out of control and she starts to doubt her own judgment when one of her new acquaintances is killed by an abusive man. And then suddenly Felix dies—or was he murdered?