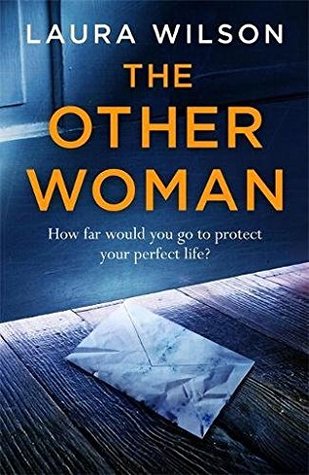 Sophie seems to have the perfect life.  A gorgeous house in Norfolk, where she and her family de-camped a few years earlier to escape the hustle and bustle of London, children who are excelling at school or about to head off to Oxbridge (after their year spent travelling, of course), a successful business, and a husband who loves her.

Or at least perfection is what she wants everyone who receives her annual round robin letter to think  She artfully airbrushes out anything that doesn’t quite fit with the world she has created.  It is pretty clear from pretty early on that, for Sophie, appearances matter – as do things.  She likes to shop and she likes to show off what she has.

And, in the grand scheme of things, especially if you compared her life to those of others, there probably isn’t much she can moan about.  Nobody is perfect, and neither are their lives, but hers is pretty close.  At least it is until one of her round robin letters is returned, defaced with words that send her spiralling – Leo (her husband), they say, is having an affair and is about to leave her.

Rather than confront Leo (who has been acting strangely), Sophie sets out to find out who is sending the letters – and who her husband is about to leave her for.  Unfortunately, it’s not as easy as she first thought and so her eyes start to accuse anyone and everyone who crosses her path, seeing in them lies and deception.  Watching her spiral, and where it eventually led her, was great to read – in that it made for a tense story with lots of questions, twists and turns.

Then comes a big old twist, one I won’t share for spoilers.  I didn’t see it coming is all I will say.  I also have to say I couldn’t quite see where the book could go from there and, for me, it felt that Wilson didn’t either.  The next half of the book flagged for me as a result.  The tension I had felt was gone and was replaced by confusion and frustration, with Sophie but also with the story, which didn’t seem to go anywhere for quite a while. There were quite a few scenes which, whilst different, were also similar – putting Sophie on the spot and having the effect of having her fall apart just a little bit more.

I think that was the point – to show Sophie slowly but surely falling apart but I have to say, for me, there was one (maybe two) situation too many.  I wanted to move on and get back to the action.  Eventually, I got what I wanted but it was probably a bit too little, too late.  A twist in the end saved it and a feeling that it couldn’t have really gone any other way for Sophie left me satisfied.  That, and the fact that Wilson is a good writer with a great way with word.  Still, it all left me liking but not loving the book – sorry!

Shortly after Christmas, a message arrives at Sophie’s house, scrawled across her own round robin newsletter: He’s Going To Leave You. Let’s See How Smug You Are Then, You Stupid Bitch. Perhaps she should ignore it, but she ignored the last one. And the one before that. Now it’s time to take action.

But when a simple plan to identify and confront the other woman goes drastically and violently wrong, Sophie must go to extreme lengths to keep her life and her family together-while never letting on her devastating secret.

Note: I received a copy of this book in return for a fair and honest review.  All thoughts, feelings and opinions are my own

5 thoughts on “The Other Woman by Laura Wilson”