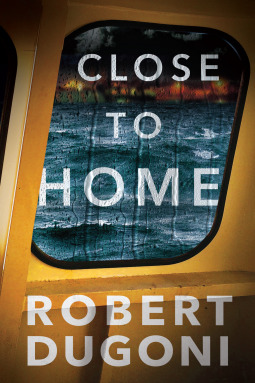 While investigating the hit-and-run death of a young boy, Seattle homicide detective Tracy Crosswhite makes a startling discovery: the suspect is an active-duty serviceman at a local naval base. After a key piece of case evidence goes missing, he is cleared of charges in a military court. But Tracy knows she can’t turn her back on this kind of injustice.

When she uncovers the driver’s ties to a rash of recent heroin overdoses in the city, she realizes that this isn’t just a case of the military protecting its own. It runs much deeper than that, and the accused wasn’t acting alone. For Tracy, it’s all hitting very close to home.

As Tracy moves closer to uncovering the truth behind this insidious conspiracy, she’s putting herself in harm’s way. And the only people she can rely on to make it out alive might be those she can no longer trust.

When I pick up a Robert Dugoni book I always feel like I have to say thank you to Bibliophile Book Club for introducing me to the Tracy Crosswhite series.  That was back with book one, My Sister’s Grave, and now I’m on book five but I still can’t get enough of Tracy.

Here, she starts of investigating the hit and run of a twelve year old boy (which isn’t graphic but is still shocking to read) only to find links with the Seattle heroin trade and that nothing, as a result, is as it seems.  It also means a seemingly simple case gets complicated pretty quickly, especially when you add in the Navy as their main suspect is enlisted.

I loved reading the JAG elements of this (the Navy’s legal arm) and getting to know the lead defensive lawyer, a strong, female, character who matched Tracy step for step.  By including her take on events and her voice, it added a different element to the novel – with each one I notice they are a little less Tracy dominated with other characters coming into their own.

As well as the JAG lawyer, here that meant Del and Faz, two other detectives in Tracy’s squad.  I mentioned in my last review (The Trapped Girl) that it was good to start to get to know them and here they were front and centre, with their own investigation running parallel and then smacking right into Tracy’s.

I like stories where there is a team in the mix. It makes it more interesting, means that the main character doesn’t have to be so gung-ho and out there on a limb, and that – as a result – they are more likely to act in a way that seems real to me.  More and more, that is what I want from my crime fiction, a feeling that it is grounded in reality.

That doesn’t mean I got boring. This was far from that, with plenty of twists and turns, including one at the end that I did see coming and then one that I absolutely didn’t.  It just means that I could settle into the book in a way I find with others I can’t – I am too busy suspending reality and telling myself not to pick holes in plots.

And settle I did, reading this in just a couple of days.  I really couldn’t put it down. So kudos to Dugoni, who has crafted a great, compelling, read and one I would highly recommend.  Loved it!

14 thoughts on “Close to Home by Robert Dugoni”