Morning all and happy Sunday.  I hope everyone is having a lovely weekend.  Ours has been sunnier than the weatherman led us to believe. which was wonderful.  Today promises more of the same so we’re off to the seaside in a bit to enjoy it…I quite fancy a bag of chips walking along the seafront today vs. our usual Sunday lunch.  Nice and unhealthy!  What are you up to today?

For the rest of the week, it was a mixed bag and – as usual – work got in my way a little bit.  I feel like I dropped off the radar mid-week due to deadlines and so haven’t been visiting or commenting on people’s blogs the way I would normally.  Hopefully, I’ll be back to normal this week.  In the meantime, I did manage to get some posts up, mainly because they were already drafted.  Here’s what I wrote… 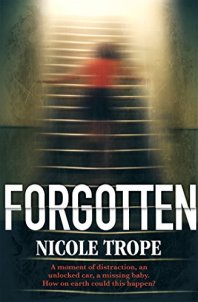 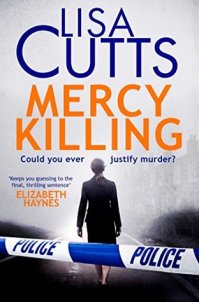 On Monday, I posted my review of Mercy Killing by Lisa Cutts, a thoroughly enjoyable police procedural where the team is front and centre vs. a lone detective risking life and limb.  A bit different for me but in a good way.

On Tuesday, I introduced my latest read, Forgotten by Nicole Trope, though it’s a review copy I won’t be reviewing until July. With a case of a missing child, it won’t be everyone’s choice of book but I couldn’t resist starting it though after enjoying last years Blame so much.  Plus, it’s she’s one of the authors I challenged myself to read more of in 2017 so it’s a win here too.

On Wednesday, I reviewed Dead Calm by Inge Löhnig, a German translation which I thought would be darker than it was but was really good nonetheless.  Here a Dr. is found brutally murdered…with his family lining up to be the main suspects, leading to plenty of twists and turns.

On Friday, I reviewed Viral by Helen Fitzgerald, which puts one of the nightmares of our modern age front and centre when a young girls sexual distraction goes viral on the internet.  A ripped from the headlines story that had me turning the pages and wondering if I should cancel my Facebook and Twitter accounts.

And that’s it for me, though I was also lucky enough to get a few review copies in to replace the books I’d read. One randomly turned up in the post… 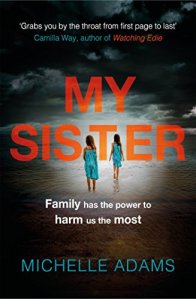 My name is Irini. I was given away.

My name is Elle. I was kept.

All her life Irini thought she was given away because her family didn’t want her. What if the truth is something worse?

One family bound by a harrowing secret.

After a childhood as unpredictable as the flip of a coin, Faith Sterling has finally found her comfort zone in the kitchen of an upscale Manhattan restaurant. A workaholic chef, at least there she’s in control. So when her free-spirited and often-gullible mother, Connie, calls to announce that she’s won a bed-and-breakfast on the Jersey Shore, Faith’s patience boils over. Convinced the contest is a scam, she rushes to Wave’s End to stop Connie from trading her steady job for an uncertain future.

clicking on covers will take you to amazon.

And that’s it for me.  How about you, how was your week, reading and otherwise?

This week, I’m linking in with Kimba at the Caffeinated Book Reviewer and her Sunday Post and with (a little early) Katherine at Book Date for It’s Monday, What Are you Reading? Head over by clicking on their badges below to see what other bloggers have read, written about or just added to their shelves.