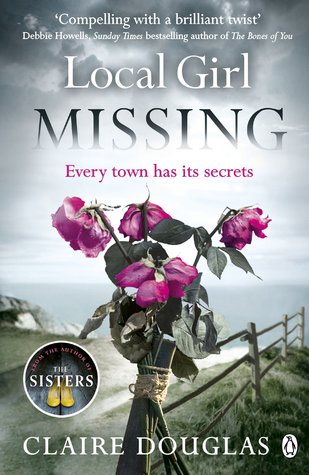 The old Victorian pier was once a thing of beauty. It’s also where twenty-one-year-old Sophie Collier vanished eighteen years ago.

Francesca has spent the last twenty years haunted by the disappearance of her best friend. But when she receives a phone call from Sophie’s brother saying that a body has been found, she knows she can’t keep hiding from what happened. With her own secrets to keep, Francesca doesn’t relish the idea of digging up the past or returning to Oldcliffe. But it is time to go back to where she grew up, and it looks like she isn’t the only one there hiding truths.

When Francesca (or Frankie as she was known as a teen) gets a call from the brother of her long lost best friend, she feels like a long-asked question has been answered.  No one ever knew exactly what happened to Sophie and her disappearance has left a whole it many people’s lives, including Frankie’s.

When the brother, Daniel, then asks her to come back to their home town to be with him when he identifies the remains, however, she pauses.  Going home is something she really doesn’t want to do – is scared to do – because, as best friends do, she and Sophie shared everything including secrets neither every wanted revealed.

Still, she goes, unable to stop herself in the end.  Whether this is to find closure or whether it is to make sure the secrets she and Sophie buried stay that way is unclear.  What does become clear pretty quickly though, with messages left on her mat and strangers following her, is that someone already knows and – it seems – they want to make Frankie pay.

With each letter, each footstep she hears behind her, Frankie starts to unravel.  And so does her story, which she finds herself reliving and retelling to an imaginary Sophie.  At the same time, through diary entries, we hear Sophie’s version of events.  Both are different and start leading to what I thought was a clever twist at the end and a great conclusion to the story.

When I read Claire Douglas’ debut novel, The Sisters, earlier this year I said that I felt I wasn’t reading something fully formed and the final reveal was one I had seen coming from pretty much the beginning of the book.  I have to say that neither are the case here.

This is a much more confident and well-rounded book and the characters are all well-formed and well-written.  The twists and turns are less predictable and the ending was one I hadn’t figured out until the final chapters when there seemed nowhere else for the story to go.  I was left a very happy bunny and with a book I liked a lot.  A recommended read.