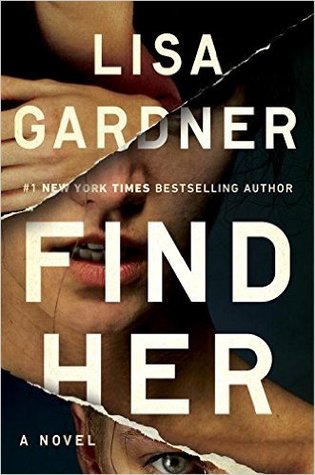 Seven years ago, carefree college student Flora was kidnapped while on spring break. For 472 days, Flora learned just how much one person can endure.

Flora Dane is a survivor.

Miraculously alive after her ordeal, Flora has spent the past five years reacquainting herself with the rhythms of normal life, working with her FBI victim advocate, Samuel Keynes. She has a mother who’s never stopped loving her, a brother who is scared of the person she’s become, and a bedroom wall covered with photos of other girls who’ve never made it home.

. . . or is she? When Boston detective D. D. Warren is called to the scene of a crime—a dead man and the bound, naked woman who killed him—she learns that Flora has tangled with three other suspects since her return to society. Is Flora a victim or a vigilante? And with her firsthand knowledge of criminal behavior, could she hold the key to rescuing a missing college student whose abduction has rocked Boston? When Flora herself disappears, D.D. realizes a far more sinister predator is out there. One who’s determined that this time, Flora Dane will never escape. And now it is all up to D. D. Warren to find her.

Every time I read a book by Lisa Gardner I wonder how it is I haven’t read more because I enjoy every one – a lot!  This is no exception, gripping me from the first page…

These are the things I didn’t know:

When you first wake up in a dark wooden box, you’ll tell yourself this isn’t happening. You’ll push against the lid, of course. No surprise there. You’ll beat at the sides with your fists, pummel your heels against the bottom. You’ll bang your head, again and again, even though it hurts. And you’ll scream. You’ll scream and scream and scream. Snot will run from your nose. Tears will stream from your eyes. Until your screams grow rough, hiccuppy. Then you’ll hear sounds that are strange and sad and pathetic, and you’ll understand the box, truly get, hey, I’m trapped in a dark wooden box, when you realize those sounds come from you.

The girl waking up in the box is Flora, who tells the story of her 472 days in captivity in flashbacks as the book progresses, slowly revealing a brutal tale and one that has left her traumatized.  It has also left her a survivor, a young woman determined to not be a victim…but also one who feels she needs to make amends for the things she did to stay alive.  Because of all of this, she is complicated and complex and whilst I can’t say I initially liked her, I did feel for her and understood where she was coming from.

I say initially because, as the book progresses, and we get to hear Flora’s voice in the present, I did start to like her.  Deep down, despite the scars that protect her heart, and the harsh persona she puts out to the world, she is a good person – one who wants to do right.  One who finds she has to do right when she is once again held captive and this time it isn’t just her own life she has to protect.

Also trying to understand Flora is D. D., currently on desk duty and chomping at the bit to return to the field.  She doesn’t initially like Flora either, doesn’t trust her, even thinks of arresting her.  Slowly though, as she gets to hear Flora’s story, she starts to understand too and is willing – as a result – to put her own life on the line to save this very damaged girl.

Billed as a D. D. Warren story, this strong female character is very much front and centre in this novel.  She is smart, resourceful and human and I liked her.  Flora holds equal billing though, not always the case with the “victim” in this type of book.  It was good to hear her voice just as strongly and a great way to keep the story moving forward and was a pretty intense pace

I thought this was a really well plotted novel, with twists, turns and tension that made it a real page-turner.  The characters were all well written, not just Flora and D. D., helping bring the story to life.  I honestly can’t find anything negative to say about it.  I loved every page of this book and couldn’t recommend it more for those who like crime fiction.

Note: I received a copy of this book from the publisher in return for a fair and honest review.  All thoughts and feelings and opinions are my own.

9 thoughts on “Find Her by Lisa Gardner”