I’ve said it before and I’ll continue to say it, time moves too quickly the older I get.  Where did October go and how is November already here?  On a plus note, it does mean all the leaves have changed and the ones outside my house are giving me a gorgeous display of reds, yellows and oranges.  It might not last long but it’s so pretty whilst it does.  Anyway, I digress, here is my round-up of my October reads – the good, great and wish I hadn’t bothered abouts… 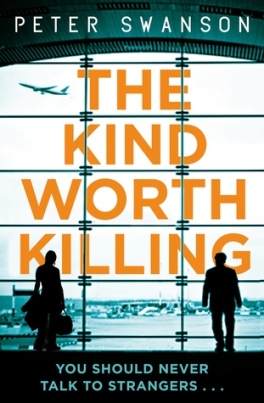 Dark Water by Robert Bryndza, the third in the Erika Foster crime series that just keeps getting better and better. This one looks at a cold case, a missing girl who is found decades after she went missing with no trace.

The Kind Worth Killing by Peter Swanson, this may well up being one of my books of the year (not that it came out this year, just based on when I read it).  So many twists and turns I didn’t see coming.  I couldn’t put it down.

Fractured by Catherine McKenzie, another book that is up there as a book of the year, this looks at friendship, family and society through the eyes of one small neighbourhood.  Another I couldn’t put down.

Liked it a Lot 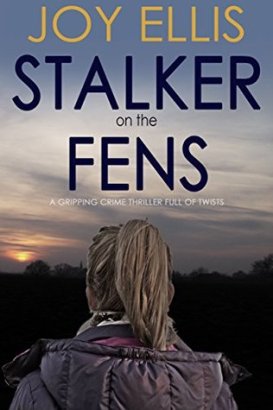 Stalker on the Fens by Joy Ellis, the fifth in the Nikki Galena series, though only the second I’ve read.  Nikki is a great character and a great detective leading her team and trying to protect her best friend from a potentially deadly stalker.

Himself by Jess Kidd, a murder mystery with a supernatural twist set in a small Irish village where everyone has secrets, some of them deadly.  I wasn’t sure what to expect with this one and didn’t think I’d like it quite as much as I did.  Jess Kidd is someone to watch – a great debut.

Pop Goes The Weasel by M. J. Arlidge, the second in a crime series I am way behind on but determined to catch up with.  This one features Helen Grace, a troubled but determined detective you can’t help but like on the trail of a serial killer you end up having some sympathy for.

The Mist in the Mirror by Susan Hill, a ghost story perfect for the season and read as part of a Halloween readathon.  It’s got plenty of bumps in the night – just what I want in a ghost story – and no gore, also a plus for me as I’ve gotten more squeamish as I’ve gotten older.

Library of Souls by Ransom Riggs, the third and last of the Miss Peregrine trilogy this was a fitting end to a great series of young adult books with everything tied up nicely and everyone living happily ever after (well the good guys at least!).

The Mistake I Made by Paula Daly, about a woman who can’t seem to make good choices, the worst of which is sleeping with a married man for money.  You know no good can come of it – and it doesn’t.

Call for the Dead by John le Carré, the first book featuring George Smiley, this was a cracking spy novel – not something I normally read – and didn’t feel dated at all despite being written in the 60s.

A Different Class of Murder by Laura Thompson, my second foray into true crime and nowhere near as successful as my first.  This one focuses on the Lord Lucan murder – or should I say doesn’t focus as for me it wandered too far from the main subject matter too often and I lost interest.  A shame.

And that’s it’s for me for October.  All in all a very good month with some great books. How was your reading month? Anything I should put on the list?