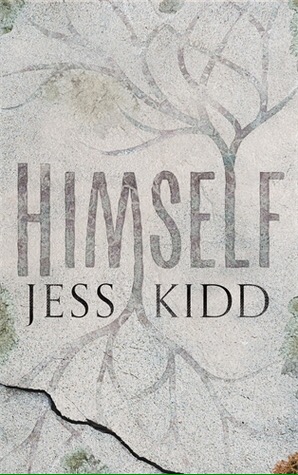 When Mahony returns to Mulderrig, a speck of a place on Ireland’s west coast, he brings only a photograph of his long-lost mother and a determination to do battle with the village’s lies.

His arrival causes cheeks to flush and arms to fold in disapproval. No one in the village – living or dead – will tell what happened to the teenage mother who abandoned him as a baby, despite Mahony’s certainty that more than one of them has answers.

Between Mulderrig’s sly priest, its pitiless nurse and the caustic elderly actress throwing herself into her final village play, this beautiful and darkly comic debut novel creates an unforgettable world of my

Mystical, murderous, and magical, all words that describe Jess Kidd’s debut novel set in a small Irish village where nothing is as it seems, including the dead with their tales to tell.

The murderous starts early, with the murder of a young woman whilst her baby lays beside her on a woodland floor before jumping forward 26 years to when the baby is a young man himself, Mahony. Growing up an orphan in Dublin, he knows nothing of his mother or the small village of Mulderrig in which he was born. Once he arrives, it seems most of the villagers want to make sure it stays that way.

As is the way with small villages there are secrets behind every person he encounters, some small and not really worth keeping, others much bigger. Big enough to kill for, including knowing what happened to Mahony’s mom. Trying to help him find out the truth is Mrs. Caulty, a former actress who settled in the village as a young woman herself. She is now old, bossy and determined. She understands Mahony the moment she meets him and won’t let him give up, dragging friends and her landlady into the investigation as well.

All the characters are quirky, some in a not so nice way like the priest, and all are richly drawn in a lyrical style which I can’t always get away with but suits this book and the supernatural element, because Mahony can see ghosts. Again, this isn’t something I normally go for in a book but here it fit. The village, the landscape, the people, they seemed perfect for a haunting, which is what happens to the village once Mahony arrives. The dead, it seems, want to be heard as much as he wants to find his mom.

Given the opening, the secrets and the ghosts it could all be very dark but Jess Kidd has added humour with the characters and depth with her descriptions of the people and place. She has also managed to stray away from it becoming silly, which I think is a danger when you try mixing quirky characters, murder and supernatural elements. It’s a fine line and she walks it well. That there are ghosts seems perfectly natural. She also has enough plot twists to keep you guessing.  I thought I knew who did it but I wasn’t 100% till near the end.

For a debut, there is a confidence in all this that is really impressive. I found the book well written, with good pace and great characterisation. I’m not sure it’s my normal type of read but I am glad I got a copy and would definitely recommend it. Liked this one a lot.

Note: I received this book from net galley in return for a fair no honest review. All thoughts, feelings and opinions are my own.

17 thoughts on “﻿Himself by Jess Kidd”