Once again, I’m linking up again with Diane at Bibliophile by the Sea who hosts a post every Tuesday for people to share the first chapter / paragraph of the book they are reading, or thinking of reading soon. In really enjoy these tasters when I read them on other blogs so wanted to join in.

So I have already finished this book but only in the last few days and so thought I would share – it’s Dark Water by Robert Bryndza.  Here’s what it’s about… 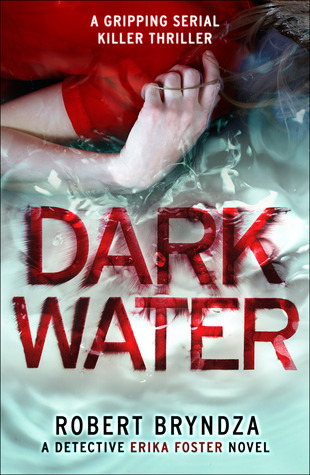 Beneath the water the body sank rapidly. She would lie still and undisturbed for many years but above her on dry land, the nightmare was just beginning.

When Detective Erika Foster receives a tip-off that key evidence for a major narcotics case was stashed in a disused quarry on the outskirts of London, she orders for it to be searched. From the thick sludge the drugs are recovered, but so is the skeleton of a young child.

The remains are quickly identified as seven-year-old Jessica Collins. The missing girl who made headline news twenty-six years ago.

As Erika tries to piece together new evidence with the old, she must dig deeper and find out more about the fractured Collins family and the original detective, Amanda Baker. A woman plagued by her failure to find Jessica. Erika soon realises this is going to be one of the most complex and demanding cases she has ever taken on.

Is the suspect someone close to home? Someone is keeping secrets. Someone who doesn’t want this case solved. And they’ll do anything to stop Erika from finding the truth.

It was a cold night in the late autumn when they dumped the body in the disused quarry.  They knew it was an isolated spot, and the water was very deep.  What they didn’t know what that they were being watched.