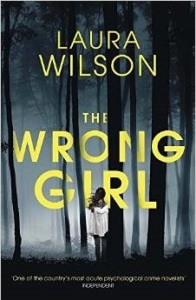 When Janice receives an always longed-for call from Suze – the daughter she’d given up for adoption 40 years before – it doesn’t go quite as she had thought it would. That’s because Suze’s call is to tell Janice her brother (Suze’s uncle), Dan, is dead. And that Suze has been staying with Dan for the last six months – as her ten year old daughter, Molly.

Arriving at their childhood home, Janice realises just how long it’s been since she spoke to Dan and how far apart they had grown as they’ve got older. The fact that he’d been living with her daughter for the past six months is – it seems – the least of it. It’s a lot to cope with – the loss of a brother, the arrival of a daughter and granddaughter and Janice doesn’t quite know what to do. Then Molly goes missing and things seem to go from bad to worse.

Getting to this point takes probably the first third of the book and it’s a nice, slow build. Laura Wilson takes time to introduce the characters and let you get to know them – as well as to start asking questions as to just what is happening and where the book is going.

There are clues and red herrings a plenty – what exactly does it mean, for example, that Molly seems to look exactly like an artist impression of a young girl, Phoebe, who went missing seven years previously and why does Suze not seem to have any photos of Molly as a baby? I got things wrong more than once.

This is the type of book I enjoy reading. It was a real page turner – with a good pace without feeling rushed – but also a really solid, well thought out story with plenty of secrets to reveal. And, whilst a mystery, it was also about the people and just how each responded to and were affected by their own life circumstance and choices. All in all, a really good, highly enjoyable, book – I liked it a lot!

4 thoughts on “The Wrong Girl by Laura Wilson”