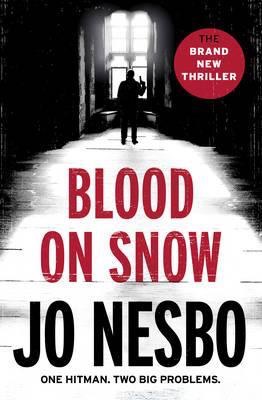 Olav is a fixer, in that he fixes people’s death. And he’s good at it. He works for one man, Hoffman, though he thinks of himself as a contractor able to pick and chose his jobs. When Hoffman asks him to kill his wife, Olav realises things aren’t that clear cut. Especially when he falls in love with said wife, Corina, and decides to rescue her instead. Now both have prices on their heads and Olav sets out to find a way out of the mess he’s created.

Despite presenting himself as someone who isn’t that smart (and seeming to believe it), Olav is a pretty clever guy, giving Hoffman a run for his money and coming up with a fairly novel solution to his problem. It’s a solution that involves a bit of bloodshed but nowhere near as much as I would normally expect from Jo Nesbo. This was a nice surprise and not at all unwelcome as I don’t seem to have the stomach for blood and guts I once did and Nesbo’s Harry Hole series can be rather gruesome.

The other thing that was different is that this was a fairly simple story. Normally, in the Harry Hole novels there are plots and sub-plots and red herrings galore. Here, the story was all about Olav and, other than some flashbacks to his childhood, what he was doing to save himself and Corina. I liked this and I liked Olav. He was an interesting character and well drawn, unlike Croina and everyone else in the book who were two dimensional at best and who I didn’t care for one way or the other.

Part of this might have been down to the fact that this was a short book, coming in around 200 pages. In fact, it didn’t feel like a novel but a novella or long short story. I didn’t mind this as at all but hadn’t expected it. If I’d have bought the book instead of getting it from the library I might have felt a little cheated. Thankfully I hadn’t paid £12.99 so I was able to accept it for what it was. A good story, and a solid one that I liked a lot but didn’t love. Still, worth a read.

One thought on “Blood on Snow by Jo Nesbo”